WELBECK IN TRIBUTE TO POTTER

Brighton and Hove Albion striker Danny Welbeck was one of several players who paid tribute to manager Graham Potter after his move to Chelsea was confirmed earlier this month. Danny Welbeck took to his official Twitter account to talk about the Englishman as he wished him well in his new job as the Chelsea manager. Potter has penned a five-year deal as the Chelsea manager. 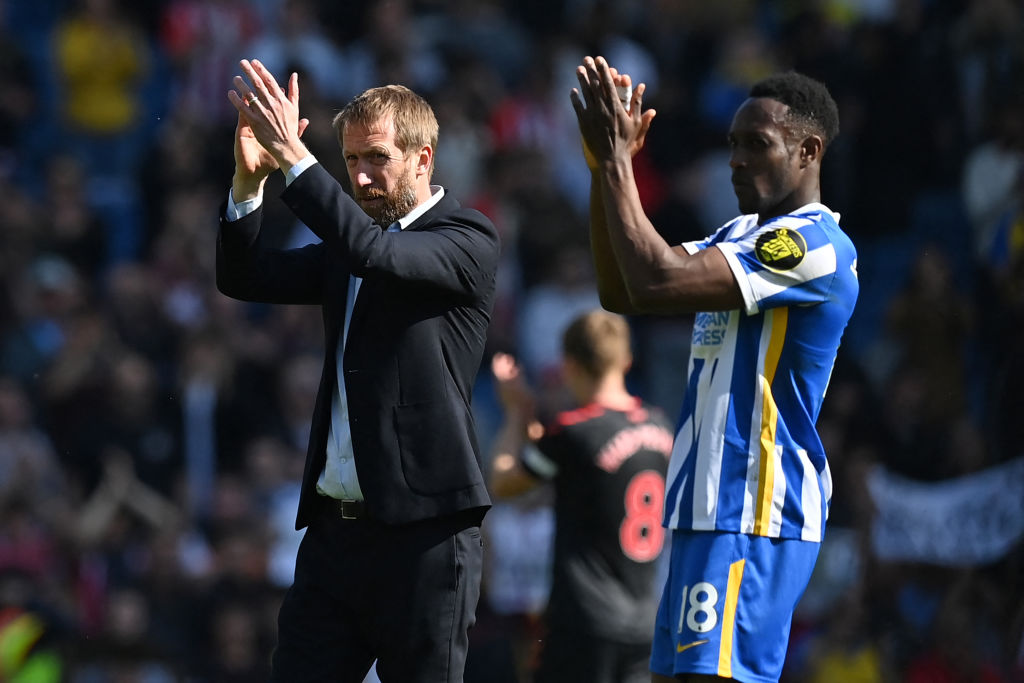 New Chelsea boss Potter was the Brighton manager for 40 months (three years and four months). His best performance at the club was last season when he led the Seagulls to their first top-ten finish in the Premier League. Brighton and Hove Albion finished ninth on the final Premier League log last season thanks mainly to the influence of Potter.

Potter continued from where he left off last season at the start of this season with Brighton in fourth spot on the league table as things stand with 13 points from six matches after a record of four wins, one draw and one loss.
In addition to Potter, Danny Welbeck also wished the other members of the Brighton backroom staff who followed Potter to Chelsea well. Assistant manager Billy Reid, first-team coaches Bruno and Bjorn Hamberg all followed Potter to Stamford Bridge alongside goalkeeping coach Ben Roberts and assistant head of recruitment Kyle Macaulay.
Potter played a part in Welbeck signing for Brighton and Hove Albion in October 2020. The former England international signed for the club as a free agent two years ago. He signed a one-year deal which was renewed last summer. The Englishman signed a one-year deal last summer and it ended this summer. His Brighton contract was renewed again in the summer.
Welbeck and his Brighton teammates have a new manager in Italian Roberto de Zerbi after his appointment was confirmed this week.