Brighton and Hove Albion attacker Danny Welbeck is presently on a run of Premier League games without a goal on the back of his best attacking run of the season. 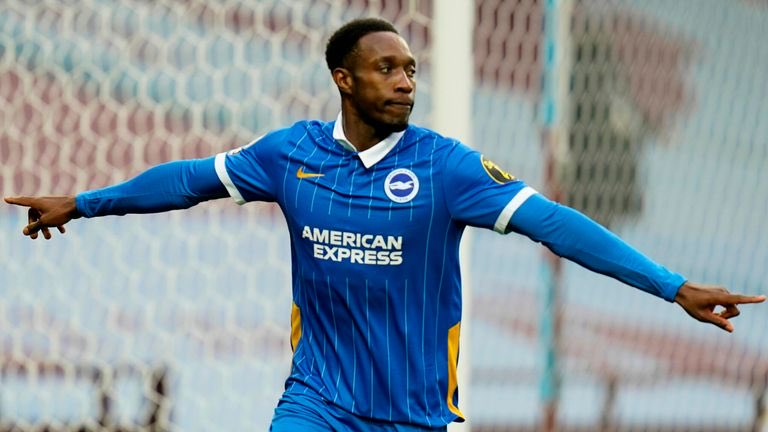 Danny Welbeck began his best attacking run of the season when he came on as a second half substitute to provide the winning goal for Leandro Trossard in the 2-1 away win over Southampton. His performance against the Saints prompted manager Graham Potter to hand him a starting spot for the crucial relegation game against Newcastle United. Welbeck scored the second goal as the Seagulls beat their relegation rivals 3-0 at home.

Welbeck scored for the second successive game against former club Manchester United as the Red Devils came from a goal down to beat Brighton 2-1 at home thereby taking his attacking run to two goals and one assist from three league matches.

Since the Manchester United game at the Theatre of Dreams at the start of last month, Danny Welbeck has failed to score in three straight games in the league till date. He would be hoping to return to scoring form when Brighton welcome Leeds United to the Amex Stadium on Saturday evening.

Welbeck and Brighton failed to find the back of the net in the goalless draw at home to Merseyside giants Everton. The draw with the Toffees was followed by the impressive draw at the home of Champions League semifinalists Chelsea. Danny Welbeck came closest to breaking the deadlock on either team after his shot hit the crossbar in the second half.

Welbeck and Brighton then made it three league games without a goal in the disappointing 1-0 defeat at home to bottom club Sheffield United. The England international was the last player to score a Premier League goal for the Seagulls with his strike in the comeback defeat at Manchester United.