Brighton and Hove Albion striker Danny Welbeck is now on four goals in the Premier League this season after he found the back of the net during the draw with Southampton in the South Coast Derby. Danny Welbeck was able to make his mark on the derby after finding the back of the net with the opening goal of the game. The attacker scored the opener inside two minutes to give the Seagulls a dream start at the expense of the Saints. 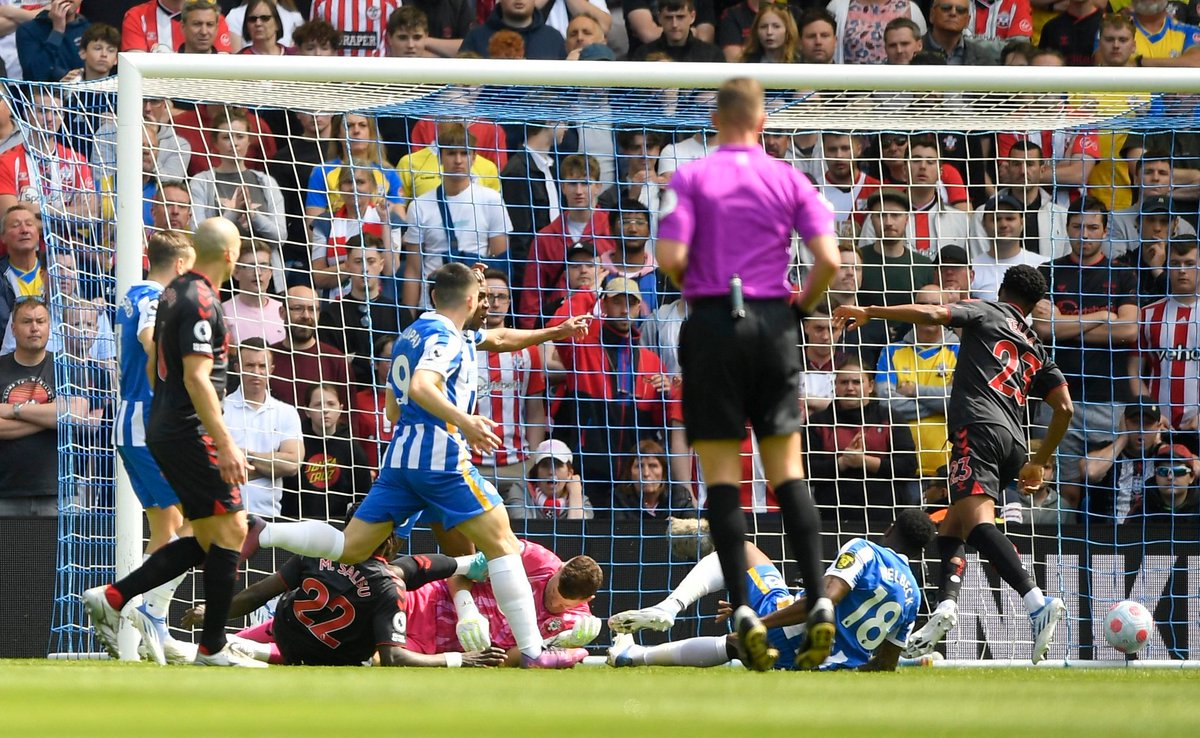 As mentioned earlier, Danny Welbeck gave Brighton the lead in the second minute with his fourth league goal of the season as he pounced on the error from Fraser Forster in the Saints goal. Welbeck also had a hand in the second Brighton goal just before the halftime interval as he forced Southampton defender Mohammed Salisu to score in his own net off the assist from Belgian attacker Leandro Trossard.

Southampton started the fightback in the fourth minute of added time in the first half courtesy the well-taken freekick from England international James Ward-Prowse. The Englishman was able to pull one back for the Saints thus providing the platform to rescue a point for his team with the second Saints goal of the game in the second half.

Ward-Prowse has now scored 14 goals via free kicks in the Premier League to move further clear in second behind English football icon David Beckham who scored 18 free kick goals during his time in the English top flight.

England international Ward-Prowse scored his second goal of the game after nine second half minutes to ensure that the away game with Brighton ended in a 2-2 draw.