Danny Welbeck was included in the Brighton and Hove Albion squad for the club friendly clash with Scottish champions Rangers at the weekend. The former Arsenal and Manchester United striker was set to play in the second half of the game only for him to miss out eventually. 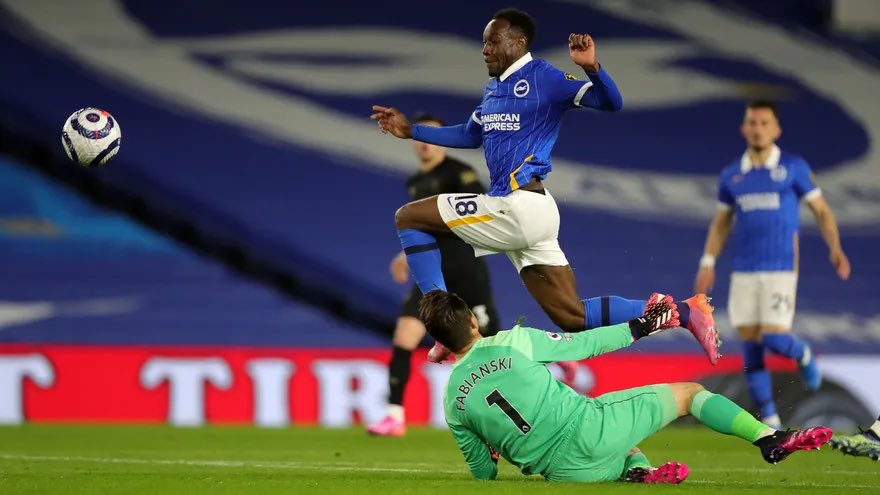 Brighton boss Graham Potter explained the absence of Danny Welbeck against Rangers after the game which ended in a goalless draw. Danny Welbeck was scheduled to play with Romanian international Florian Andone in the Seagulls attack in the second half before he was replaced in the team by young defender James Furlong.

After the game which ended in a goalless draw, Brighton manager Potter told reporters that Danny Welbeck had a funny feeling and they didn't want to risk the situation. The England international had an injury scare and it was best to take him out of the team like Potter did to prevent any damage.
Potter would be hoping to have Danny Welbeck fit and firing for the new Premier League campaign which starts against Burnley for the Seagulls.

Welbeck has had a well publicised poor injury recordbut he was able to overcomehis injury issues to score the goals that contributed to Brighton staying up at the end of last season. The England international scored six goals plus one assist for the Seagulls who confirmed their Premier League status last season with a few games still left to play.

England man Welbeck signed for the Seagulls as a free agent last year October before he went on play a big part in the Seagulls' Premier League safety. Brighton and Hove Albion finished last season in 16th place buoyed by the goals from Welbeck and the club would be hoping for an improvement on that position when the new season starts with the game between London teams Brentford and Arsenal on Friday, August 13.