Watford coach Quique Sanchez Flores is feeling a lot of pressure as a result of the club’s continued poor form in the Premier League. The Hornets remain in the bottom three places as a result of continued struggles this season. Watford were the only team without a victory in the first 11 games of the campaign. They were finally able to get some pressure off the shoulders thanks to a 2-0 victory over Norwich City at Carrow Road. It is increasingly difficult for Flores, who came in as the replacement for Javi Gracia,to expect results when the team is without key players like Danny Welbeck. 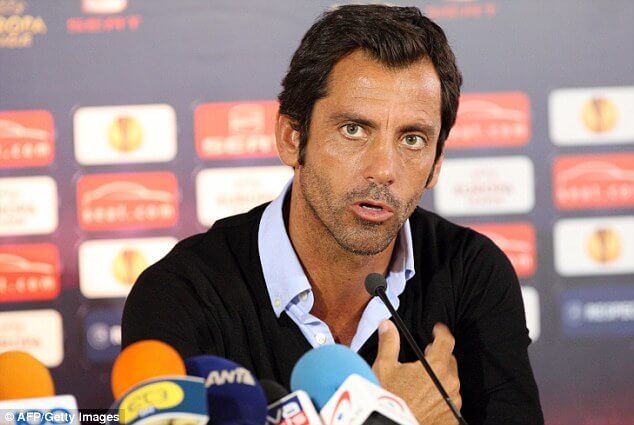 Welbeck has been injury prone throughout his career and his latest hamstring injury is expected to keep him out of action for several weeks. The former Arsenal forward has not scored in five appearances this season. Most of the goals have been from Andre Gray and Gerard Deulofeu. These two players have shared four of the eight goals scored by the club in this league campaign. Hence,Flores is aware that Watford’s revival remains in the hands of this small group of players and the club wants to continue momentum going into the game against Burnley after the international break.Flores has suggested that his players should get as much rest as possible during the international break.

“Yes, when you win you want to play again to try to win again. Even when you lose you want to play really quick again to try to change it.But now it’s time to rest, it’s too much pressure for them for a long time. Tomorrow we train and then they need to rest, they need to recuperate the brain.I’m happy thinking about this week even when we start to train again, I can see them being more relaxed, more happy. It’s necessary to have happiness in sport,” said Flores.