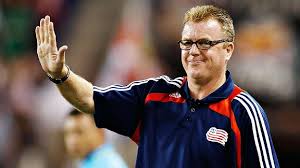 He said: “I would still go with Spurs in third spot. I thought there was no chance up until the loss to Southampton, I thought hold on, it’s only a point. But I just think they’ve got enough to see themselves over the line. After that, I’m still gonna stick with Manchester United. I don’t trust Arsenal. Listen, it’s great you don’t play well and you win games, but I really don’t think they’re particularly great at the back. I don’t trust them. I just don’t trust them.”

“Arsenal have completed their games against the top-six for the campaign“ and this gives them the advantage over Tottenham, Manchester United and Chelsea, who have two matches left in the same criteria. Nonetheless, their push for the top four could be influenced “by the away run“ with five of the last eight matches on the road.

Meanwhile, the Gunners can achieve Champions League qualification by winning the Europa League altogether, but the task remains difficult for the moment. The north London side need to overcome Napoli first at the quarter-final stage and the tie should test their credentials to the fullest.